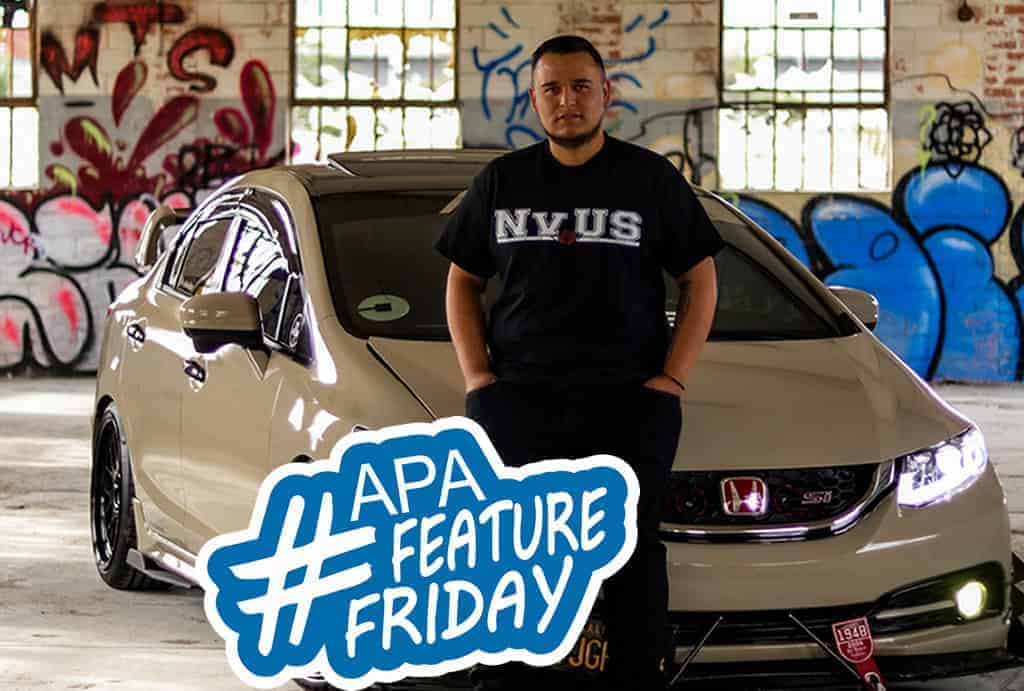 It’s time for this week’s APA’s Feature Friday? On Fridays we like to showcase one of our awesome customers here on our website and on our social media pages under the hashtag #APAFeatureFriday.

For this week’s Feature Friday we are happy to feature Alex Jacobo! You can find him under the Instagram handle @Fb6_Chuckles. Moreover, a fun fact about Alex is that A Fun fact about him is that when he was small he actually used to be scared of cars. However, as he got older he would see a lot of cars and how people would fix them up, so ever since then he wanted to be like them and one day work on a car and make it his own, so now he’s a car enthusiast.

Alex’s 2015 Honda Civic SI is wrapped in our Gloss Sandstorm. Alex was his own installer. Alex did the installation with some of his friends. He chose the Gloss Sandstorm because he had seen it on a Toyota Tacoma and fell in love with the color, also no one in his area really had the color! Alex likes APA vinyl film because it was easy to work with.

Stay tuned for the next Feature Friday!