Which Car Wrap Material is Best, Cast or Calendared? 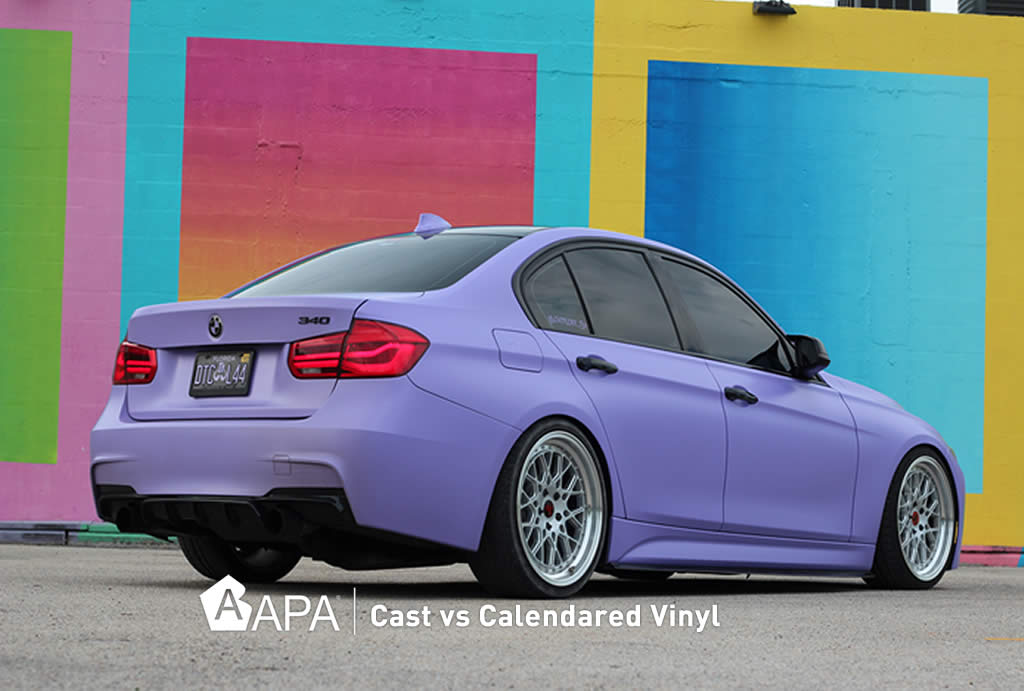 Which Vinyl should I choose, Cast or Calendared?

When choosing your vinyl there are many options on the market. The two main contenders are whether you should choose a cast or calendered film. In this article we will go over the main differences between Cast and Calendered film so you can make a better informed decision on your vinyl, whether it is for your vehicle wrap or signage!

Cast film is referred to as cast due to the manufacturing process of the vinyl, which is a cast application. Cast film is referred to as premium film due to its premium qualities. It is more durable than Calendared, it is more resistant to UV rays and fading by the sun. This allows colors to last longer without fading.  For this reason, Cast film is the best choice for those in hotter climates with extreme sun. Cast films are at a higher price point than Calendared films. Cast film is also praised for its usability and stretchability. This allows a better conformability around edges and a less stiff material.

Cast film is the best choice for car wrap. Cars are exposed to many elements, you want to choose the most durable wrap for your car to protect against the outdoor elements. Durability is needed for architectural wraps to resist damage from cleaning products and everyday wear and tear.

Which Vinyl should I choose?

When it comes to your vehicle, it is always recommended to go with the high quality and longer lasting option. Cast film is just that. Vehicles are exposed to many elements on a daily basis, uv rays, dirt, rocks, harsh chemical soaps. Cast car wrap does a great job of protecting your car from these elements, and is a much longer lasting material keeping your colors on your car vibrant and not faded.

The Cast wrap we recommend is our newest line Ultrajet. The ULTRAJET series features the new Pressure Sensitive Adhesive, which helps install the material much more faster and cleaner. The series also offer Slidablity feature, that assist in gliding the material in specific positioning. These features create the perfect user friendly technology and provide a much faster and slicker install to any project.  Once easily placed, the film adheres to the surface simply by applying pressure with an applicator. Excellent covering power and high mechanical resistance upon application are ensured by its formulation and thickness.